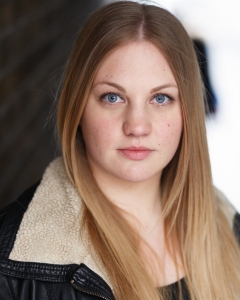 Aimée is originally from Birmingham and holds a number of qualifications, including a BA (Hons) degree in Musical Theatre.

Aimée also joined the 2014 cast of Showstoppers! and her most recent theatre role was as the Spirit of the Ring in Aladdin at Sutton Coldfield Town Hall during the 2013-2014 panto season.